The explosion in streaming services worldwide is generating sizable new revenues for Australian content creators – while also posing challenges in maximizing the value of their Intellectual Property rights.

“We have a fabulous opportunity now to exploit a market which is hungry for content to fill streamers’ catalogues,” says Rebecca Hardman, head of legal and business affairs in Australia for See-Saw Films – the company behind a vast body of film and TV works including Lion, The King’s Speech, Ammonite and Top of the Lake. “The challenge we face is in preserving our creative and commercial independence.”

Among the global players, Netflix is the biggest acquirer and commissioner of Australian content. The typical worldwide Netflix contract typically gives producers a healthy fee as well as fully financing the project, but producers are looking for innovative ways to build a profit-sharing element into deals.

“The producer presumption sitting behind the so-called Netflix models is that there is no back-end (ie, ongoing revenue) because profit sharing is not possible in a streaming world,” says Kate Hynes, head of legal and business affairs at Harrow and Five Bedrooms production house Hoodlum Entertainment.

“However, when you look at content subscription models in other industries, there are multiple examples of how profit sharing can be achieved. Plus, the model is evolving constantly. As producers, it is important that we continue to challenge our presumptions and look for new ways to secure long-term financial success.”

Felicity Harrison, director of business and legal affairs at NBCUniversal-owned Matchbox Pictures (Stateless, Safe Harbour as well as co-commissions with Netflix on Glitch and Secret City) says: “One of the challenges producers face when entering a global or rest-of-the-world SVOD deal is the limited potential upside from secondary sales. The terms of SVOD deals are long and holdbacks are extensive. The money being offered is generally enticing and can often close the gap to close whether a program can be financed or not. However, producers are often required to make a call for short- term security vs long-term potential upside.”

Emma Fitzsimons, managing director of Princess Pictures, producer of Network 10’s How to Stay Married and the Hulu-commissioned animated family comedy Koala Man, says: “The market is still evolving. There were deals in the past that effectively removed any significant future revenue from the ROW (Rest of World).  I think we’ve got smarter now though.

“If a producer is looking into an all rights deal with a global platform, there are particular deal terms that might be negotiated in addition to a ‘costs plus’ finance model in lieu of traditional percentage of sales revenue. So you might try to negotiate for a second season bonus, a profit share on derivatives such as merchandising and linear sales, and keeping a percentage of the Producer Offset.”

Almost all sales contracts require broadcasters and distributors to take steps to prevent unauthorised access to Australian content. Some contracts specify means of addressing copyright disputes or infringements, which can happen when films or TV shows are licensed to third parties.

Concerns about online piracy which could limit international sales are part of the IP conundrum, but producers feel the levels have been reduced by the combination of the Federal Court issuing hundreds of orders to block illegal streaming and downloading sites and the wider availability of content on dozens of outlets.

“Site blocking will always be important for commercial reasons as well as for piracy,” says Hynes. 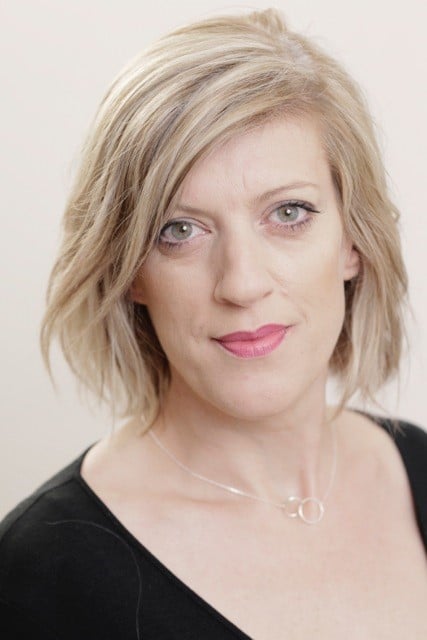 Hardman agrees, stating: “I think site blocking is one measure of preventing unauthorised access to content that has been effective to some degree but it’s part of a broader suite of changes in market behaviour – including the dismantling of holdbacks between territories – which have produced a cumulative impact.”

Australians’ appetite for streaming services is growing. Telsyte’s Australian Digital Consumer Study 2021 showed SVOD subscriptions grew more than 40-fold between 2014 and 2020, now totalling more than 16 million. Three in five Australian households were using at least one SVOD service at the end of 2020. The research firm, which monitors 40 platforms, predicts the number of streaming subs will exceed 20 million by 2024.

There will be even wider choices for viewers when ViacomCBS launches Paramount+ (the rebranded and revamped 10 All Access) in Australia on August 11, offering more than 20,000 episodes and movies, charging $8.99 a month – cheaper than Netflix, Stan, Disney+ and Binge.

That sum includes the newly announced commissions including The Lost Flowers of Alice Hart, a 7-part drama adapted by Sarah Lambert from the debut novel by Australian author Holly Ringland, with Glendyn Ivin directing and Sigourney Weaver playing Alice’s grandmother.

The slate includes Eva Orner’s feature documentary Burning, which centres on the deadly Australian bushfires of 2019-2020; comedies Class of ’07, The Moth Effect and Deadloch; and documentaries Head Above Water and Warriors on the Field.

Harrison says: “Deal-making is more exciting with the opportunities presented by more potential partners and being able to reach an immediate global audience from the first release. However additional partners in an international market brings with it layers of complexity, from creator deals through to commissioning deals. Further, the competition that each producer faces while operating in an international context brings new challenges too.”

“The Matrix Resurrections” Cast Reflects on Legacy of “The Matrix”