She comes to the Guild with an extensive background in trade unions and membership organisation not-for-profit leadership and management, with a focus on advocacy and campaigning, as well as industrial law and governance. 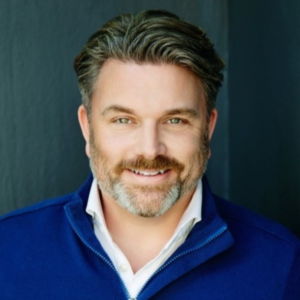 Matthew Deaner is the Chief Executive Officer of Screen Producers Australia, a national organisation that unites the screen industry to campaign for a healthy commercial environment. SPA supports the interests of businesses, large and small, in their production of feature films, television programs, interactive content and games across all genres and formats.

Matthew oversees all aspects of Screen Producers Australia’s advocacy work, industrial negotiations, events and operational issues. He also works closely with our Council to set the strategic direction of the organisation as well as identify and execute new business development opportunities. Matthew brings a wealth of knowledge to Screen Producers Australia with his experience as a lawyer in both Sydney and London and in senior policy and strategy positions with Screen Australia and the Australian Subscription Television and Radio Association.

Who are you and what is your role in the creative industry eco-system?

CLAIRE: I’m Claire Pullen, Executive Director of the Australian Writers’ Guild.  I joined the AWG in October 2021, having had an extensive background in trade unions and membership organisation not-for-profit leadership and management, with a focus on advocacy and campaigning, as well as industrial law and governance.

The Australian Writers’ Guild is the professional association for Australian screen and stage writers in film, television, theatre, audio and digital media. We’ve fought for almost 60 years to protect and promote the rights of writers. Our vision is to see playwrights and screenwriters thrive as a dynamic and integral part of Australian storytelling: shaping, reflecting and enhancing the Australian cultural voice in all its diversity.

MATT: I’m CEO of Screen Producers Australia, the trade body for Australia’s independent film and television producers. We unite screen producers to collectively campaign for a healthy commercial environment, but also bring the industry together to foster collaboration and opportunity.

What do you think is the most significant impact of piracy on the creative industry and the business of your stakeholders?

CLAIRE: Content piracy negatively impacts the Australian screen industry, which is already facing enough challenges. It is already a time of great uncertainty in the Australian film and television sector as the industry waits for government regulation of the international streaming platforms.

Piracy harms original creators of screen content in particular. Screenwriters who have written original screenplays or created television series are usually entitled to a small share of net profits: income they receive that’s based on the success of the work they’ve created. When pirates make this screen content available for free and illegally, the artist’s income stream is significantly compromised.

MATT: We are of course very concerned about piracy, and the implications that has across revenue streams for our industry. Producers rely on ongoing revenue streams from completed productions to underpin the development of new projects and piracy is a threat to confidence in those areas. When the balance of rights ownership across producers and platforms is well navigated, production businesses have greater opportunities for stability in their businesses from ownership of their work. Piracy can threaten the stability of those revenue streams and that in turn damages the sustainability and success of production businesses.

How do you think Australia is measuring up in tackling screen content piracy and/or copyright?

MATT: It’s always a challenge to ensure the law keeps up with technology changes and changes in piracy activity, however Australia’s site blocking laws have been a welcome development and we are following closely the debate about whether the laws could be expanded further to make them even more effective.

What excites you about the future of your industry sector?

CLAIRE: We are living in a time where there is global recognition of the importance of script development in the creation of high-quality screen products. When government acts to regulate the streaming platforms, we’ll see a more sustainable and competitive local screen industry.

An Australian screenwriter’s story – with the right investment and production budget – can not only be sold and watched internationally but it also has the potential to become a successful franchise or series and the beginning of a successful business.

We want to see action on local content quotas for scripted content and more investment in early development, in order for the Australian screen industry to thrive. This will result in a local sector that supports emerging writers and allows them to develop their careers in Australia instead of being forced to work in overseas markets, such as the US and the UK, in order to maintain consistent screenwriting careers. Local content quotas mean there will be more pathways to commissioning. The Guild’s fight for fair remuneration and respect for the writer’s role in the creative process will allow Australia to retain the creative talent that we need to export globally competitive screen products.

MATT: The industry’s ability to adapt to and prosper in uncertain circumstances has shone through over the last 18 months and we are in a great position to capitalise on Australian and international audiences’ increasing appetite for content-rich digital services. Government settings are crucial for our sector, and we are anticipating some key decisions in the coming 6 months that, if properly calibrated, could set up the local sector for strong and sustainable growth.

This article first appeared on ContentCafe