Indian Streaming Video & TV Markets Can Turbocharge Nation’s GDP Growth – If Only We Let Them.

What is our national obsession? Well, after cricket. A close second place goes to our love for streaming video platforms. India’s audience for online videos is a staggering 353.2 Million
(35.32 Crore) and growing fast (OrmaxMedia). We are predicted to be the sixth-largest market for video streaming by 2024. Streaming apps offer video content for us to devour and should be referred to as ‘Rich Interactive Apps’ (RIA). The more commonly used term, ‘Over the top’ (OTT) does not do justice to the benefits they provide. The RIA (OTT) market is currently rich, healthy, competitive, and boasts 60+ players and counting. This segment will be a robust contributor to the Indian economy and is expected to hit USD 15 billion by 2030 (RBSA Advisors) – $12.5 billion for video and $2.5 billion for audio. This is an exciting time for the
country to nourish this fledgling industry. We need to help it realise its true potential without heavy-handed regulations that may tie it down.

We can take a page out of our recent history of success with mobile phones. When mobile phones first entered India, the nascent market flew sky-high rapidly. As a result, India now is the
world’s envy with a mobile-first economy and almost 800 million users accessing the internet using their phones. What’s more, internet penetration is not limited to urban India. By 2025, rural
India is expected to have more internet users than urban India. A significant part of this success is due to the forward-thinking policies of the Telecom regulator (TRAI). Recognising the
potential of mobile phones in a burgeoning market, TRAI allowed the new technology to soar without clipping its wings. The heavy regulations that applied to legacy landline technology were
not blindly applied to this emerging competitive market. This action spurred the rapid proliferation of mobile telephony through India, which is the foundation for spawning many new
industries, including content streaming platforms, apps, digitech startups, fintech, and much more.

There is a similar case to be made with the growth of the Information Technology (IT) and IT- enabled services (ITES) in India. The Indian IT boom was predominantly due to the economic liberalization programme of 1991 and opening up of the economy for foreign investment. These policies kickstarted intense competition in the IT industry which drove standardisation and
productivity improvements through the entire sector. We must hail the Indian Government for adopting a growth mindset and laying a roadmap for success through the Information Technology Act of 2000, National Broadband Policy of 2004 and Special Economic Zone (SEZ) Act of 2005. India is now a global technology superpower due to this shot in the arm.

Because of their architecture, RIAs imbibe the pulse of the Indian consumer. Internet apps are exciting, disruptive technology that represents the future. Content is curated based on popularity. This is a highly efficient way to encourage free-market competition between different types of content. Using this data for advanced consumer analytics can help companies plug potential revenue leaks by optimizing their content. This can drive further engagement and bring more consumers to the fold. Currently, urban India leads in RIA (OTT) penetration of 48%, and
rural India is at 15%. However, this demographic will not lag for long. Internet penetration in rural areas is estimated to expand to 650 million users by 2023. With this incredible growth, RIA
penetration will increase as well. Consumer demand in rural areas will also be accelerated because content creators are developing quality regional language content.

That’s not all. These RIA (OTT) services now act as the roots of a whole new set of fast-growing supporting ecosystems. Many production houses are shifting into the digital space to keep up
with the growing demand for original content. Apps use broadband services provided by Telecom players, and they are now a substantial revenue generator for Telcos. Telecom providers offer attractive options to consumers by bundling their data and internet services together with popular global and regional streaming services.

RIA apps and video content are revolutionising the world of education as well. Women and girls who may not be allowed to leave their homes for further schooling can access educational
material right from their homes. Persons with disabilities who may not attend traditional schools or colleges can greatly benefit from the cost-effective educational options available online. Children can gain supplemental academic support through video counseling or tuition. The potential is limitless – unless limited by applying heavy regulatory brakes during this period of growth. The world of education technology in India (known as EdTech) is booming. With 3,500 homegrown EdTech startups, the industry is estimated to be $1.96 billion this year (KPMG). It grew at a CAGR of a remarkable 52% CAGR since 2016. 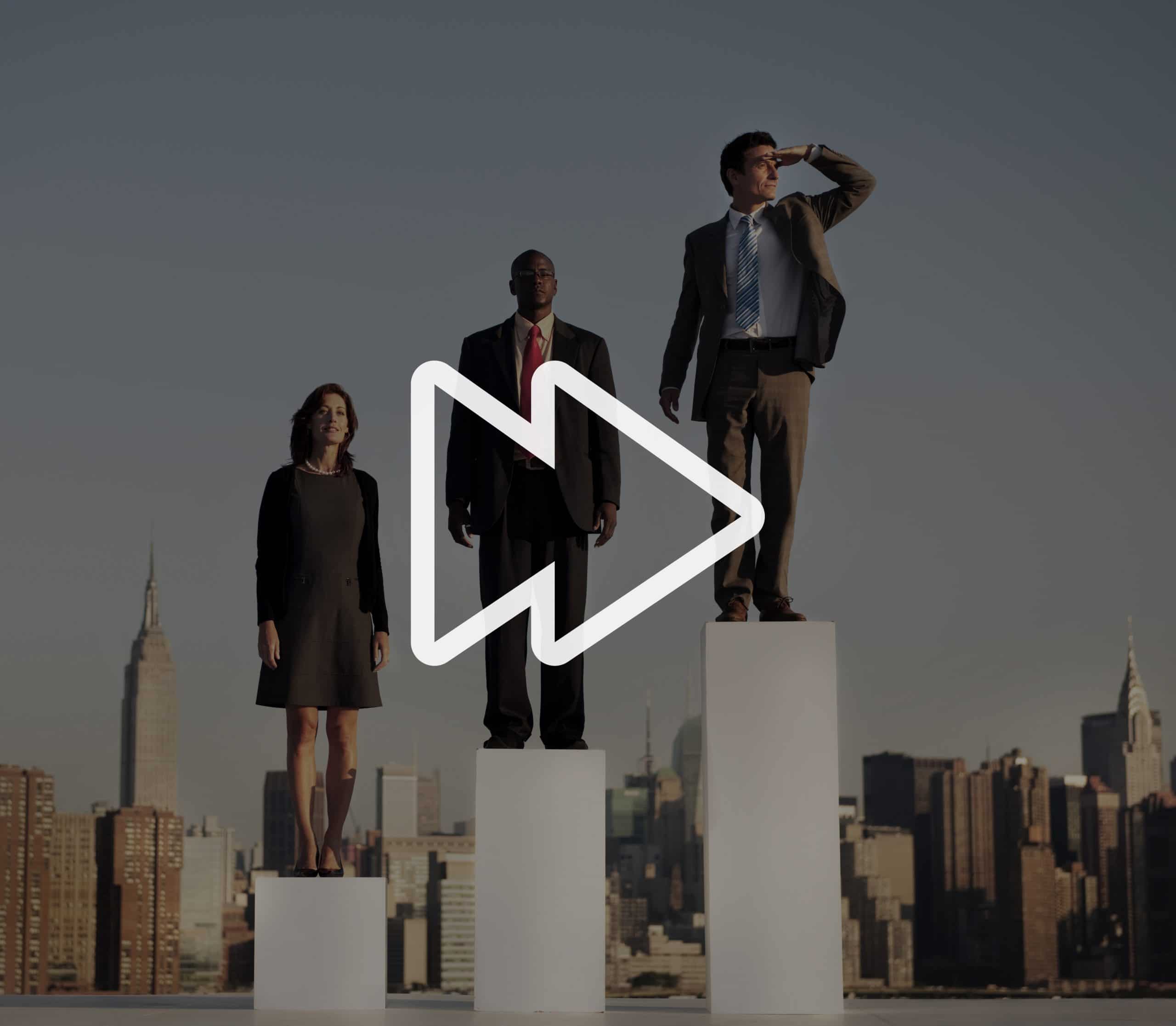 When a new market begins to grow, there are, understandably, deliberations around whether to regulate it. And if so, how much regulation is required. The traditional TV and cable network
technology market is a successful market in its mature stage. Subscriptions and advertising are the primary revenue generators for this market. As is expected, after heavy competition, the
market consolidated and has fewer players. Content is heavily censored and there are price caps on channels and regulations around bouquet formations. “It is not a level playing field,” the
players assert – understandably.

However, calling for emerging technology like RIA (OTT) to be similarly bound up in regulations does not solve TV’s woes. To free themselves from potentially restrictive regulations, these
players must make a case for lighter censorship and relief from price caps and bouquet pricing mandates. Demand for content for news, sports, and other entertainment is currently through
the roof. Both TV and RIA (OTT) markets will benefit from the widening of this demand funnel with an overall easing of the regulatory burden.

Globally, the OTT market is expected to generate a revenue of $438.5 billion, growing exponentially at the double-digit growth of almost 20% (Research Dive report). Indian consumers already have a voracious appetite for the convenience and options offered by
streaming video and audio-on-demand. This is noteworthy because most of this content is accessed via smartphones which provide the flexibility to watch whatever we want, whenever we want it. At home, TV programmes are a great complement to these services with a wide range of options.

While allowing the OTT market to operate and contribute, the classical TV market must also be permitted to work to free-market dynamics. There is huge potential for TV to grow in India, if
freed from heavy regulatory shackles. For example, Indian household TV penetration is hardly 60% of APAC, UK, USA, or China levels. Digital India must not have to languish behind other
countries but flourish instead. Our TV market needs to be nurtured and grown healthily for the benefit of majority of the Indian public.

The Indian consumer loves the freedom of choice and it is futile to take it back. The situation is just like when TV was liberalised to allow private players to compete. Once consumers had the
taste of many different cable channels, there was no way, or point, in going back to the days of Doordarshan-only programming. Trying to do so would have led to a revolt!

Similarly, the days of restricting an entire household’s consumption of news and entertainment to a single platform are gone. Consumers prefer their news, entertainment, and learning at all
times of the day without being restricted to a specific location or device. In many families, as adults watch their preferred TV programmes and serials, their children and grandchildren can
watch their own forms of curated entertainment. By now, most of us view TV programmes from any room in our home, during our commute to and from work or school, or stream music or
podcasts during chores. We even catch up with our personal favourites late at night after a hard day’s work. It is time for all stakeholders to face reality head-on and evolve accordingly.

A growing sector like RIA (OTT) cannot be subjected to the same heavy regulations as a traditional sector. Otherwise, the Indian consumer will ultimately be at a disadvantage. Now with
affordable and greater broadband penetration, the Indian public demands differentiated and niche content and there is rampant competition to capture their attention. This is an ideal scenario to help the market grow and boost our economic growth. The best way for India to benefit would be to allow competition to encourage free-market forces to help all stakeholders have their share of the pie. With the help of forward-thinking Indian policymakers, the Indian creative economy can take over the world and rank high among top global television and video players.