As we commemorate World Intellectual Property Day, with a special focus this year on the importance of IP protection for small and medium-sized enterprises (SMEs), I’d like you to imagine you’re watching a movie.

It opens on two such businesses. The first, BackFocus Productions in Little Rock, Arkansas, was created in 2011. It’s a video production company, run by a husband-and-wife team, that makes local and national commercials. The second company is Honest Foods Catering in Chicago. Another small company, created in 1997, it has five employees, and its clients include film and television productions in the area.

Now imagine the camera rising ever higher until – with enhanced graphics – we find ourselves with a bird’s-eye view of the United States. All 50 of those states are covered in dots, over 90,000 in all. Each one represents a business – 87 percent of which are small businesses employing fewer than 10 people – that make up an industry that supports 2 million jobs in all 50 states.

These are high-quality jobs, with wages for direct industry jobs 53 percent higher than the national average. The industry contributes more than $240 billion annually to America’s GDP.

The film, television, and streaming industry is also highly competitive around the world, with $17.3 billion in exports, and $9.6 billion in trade surplus, generating a positive balance of trade in every major market in the world.

Yet for all this collective economic power, these SMEs who constitute most of our industry could not operate without the IP protections that create the market for film and television content. Piracy, particularly digital piracy, threatens their very existence every day. 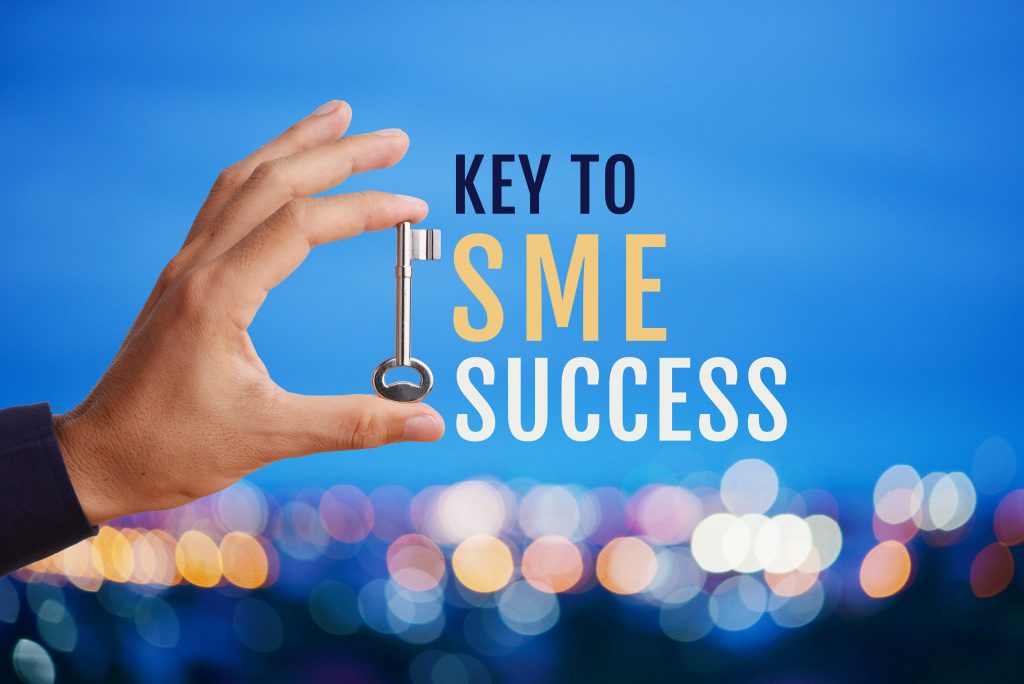 For all of my professional career, working in the media sector for more than 20 years, as a former U.S. Ambassador to France, and former Assistant Secretary of State for Economic and Business Affairs, and now as Chairman and CEO of the Motion Picture Association, I have appreciated the economic significance of SMEs. They are the engines of every economy – not just in the United States but around the world. The numbers confirm this. According to the U.S. Small Business Administration, they are responsible for two out of every three new jobs created in the country. And throughout Europe, in the film and audiovisual sector, they are the economy. In 2018, out of approximately 128,000 businesses, 99.8 percent of them were SMEs.

From Boston to Berlin to Bangalore, SMEs operate in very risky and challenging environments. What enables the successful ones to survive are creativity, innovation, and tenacity. I bet that every one of them would embrace the Japanese proverb: “Fall seven times and stand up eight.”

Without IP protections, their already slim chances of success are reduced to virtually nothing. The prospect of having their ideas, or their works, products, or services stolen, and their income enjoyed by someone else, outweighs their willingness and ability to take on risk, and to make the investments and sacrifices and commitments needed.

Given the economic ravages of the pandemic, the need to protect SMEs couldn’t be more critical. The stakes are enormous for my industry and all creative industries that depend on copyright protection, including books, music, motion pictures, radio and TV broadcasting, computer software, newspapers, video games, and periodicals and journals.

The overall contribution of these industries to the U.S. economy alone is $1.5 trillion in value. And a 2019 study conducted by the EU Intellectual Property Office and the European Patent Office found that IPR-intensive industries have been on a steady increase, generating 29.2% of all jobs in the EU between 2014 and 2016, for almost 45% of EU GDP in the same period.

The dangers that piracy poses to SMEs, in large part, motivated the Motion Picture Association to work with partners to create the Alliance for Creativity and Entertainment (ACE) in 2017. As the world’s leading coalition dedicated to reducing piracy and protecting the legal marketplace for creative content, ACE works around the clock with governments and law enforcement agencies to promote and support the creativity and innovation that is absolutely essential to core copyright industries globally.

We also recently supported the USMCA [U.S.-Mexico-Canada] trade agreement, which builds on NAFTA and makes important interim steps toward modernizing copyright protections and enforcement for the digital age. By doing so, USMCA takes us much closer to the kind of robust protection we need in a modern trade treaty, putting our industry in a more competitive position.

Protecting our industry from piracy is not a war that is easily won. But it must be fought – not just for creators, but to foster the confidence and ease of mind that consumers demand, and markets rely on.

When you put the magic that we have been creating on film and TV screens for audiences for generations together with our economic contributions to the global economy, it does not overstate the case to say we are one of the world’s most precious assets. With everyone’s support, including the protections they need, BackFocus Productions, Honest Foods, and everyone working in this resiliently creative industry can enjoy profitable ‘sequels’ into the foreseeable future.

No Side Effects : The Role & Growth of VFX