Vivek Krishnani, an industry veteran, has spearheaded the development and release of several blockbusters in Hindi  as well as other regional languages. In conversation with Creative First, he shares unique insights and personal anecdotes on the state of affairs in the M&E industry, including his thoughts on what it will take to revive growth in the theatrical segment.

Talking about the M&E industry’s 5 year trajectory into the future, Vivek points out that while the pandemic has continued to be a challenging time, it has also forced the M&E industry to introspect on how a business can improvise on a new growth strategy. He highlights that though the sector fell 24% ($81.9 billion) ] in 2020,  since the process of unlocking the country began, a marked improvement in revenues was observed.

When it comes to the theatrical space, Vivek pointed to markets like China and Japan where, once Covid-19 was brought under control, people came back to theatres, revenues were seen to go off the roof. He believes that the Indian theatrical market will have the same experience.

Speaking of the strategic changes that have come about in the M&E industry post 2020, Vivek said that at the crux of it, the texture of content is changing. Studios are now engaged in solving the question of what content will appeal to what kind of people and on what platform. There is a huge strategic shift being observed in the way content creators are looking at providing entertainment; understanding consumers has become the most important aspect of content creation. As a studio, we are creating films for theatres, but at the same time, we are also looking at creating content for OTT platforms.”

Vivek pointed that the number of subscribers have gone up from 10-15 million to 28 million on SVOD platforms, which means that technology is going to play a major role in the M&E industry going forward.

When it comes to technologies that are most likely to bring the next wave of change in the M&E industry, in Vivek’s opinion, engaging and interactive content like Black Mirror – Bandersnatch is going to be a game changer. VR, a technology that can enable theatres to have a visual spectacle, or provide an immersive experience to audiences will see a huge amount of support coming their way. AI and machine learning too, will come to play a larger role in the M&E industry. To sum up, technology that will make things easier for people who are producing or consuming is something that will have a huge growth. It is then only natural for studios to invest in these technologies – after all if the audience wants a great experience, it only makes sense to give it to them. 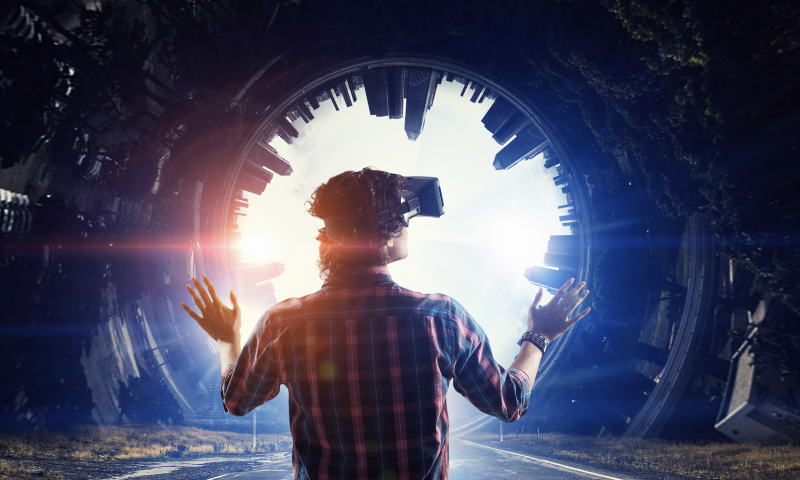 On the subject of tax incentives for producers, Vivek said that the single window clearance and state level incentives are very beneficial to productions. It boosts allied businesses in a state, and the tax incentive is a good draw for producers to explore new locations. He believes that it is a huge opportunity for filmmakers to capture the visual splendour, unexplored Indian landscapes have to offer and coupled with tax incentives, it is an icing on the cake.

Imagining what a federal incentive in India should look like, Vivek suggested taking a look at what the rest of the world is doing and then adopting what works for a country like India. He added that a cash incentive would be lucrative but whether it is practical when compared to a tax concession is something that remains to be seen.

With regards to screen density, he said that India is definitely an under-screened market – it has 7 screens per million people, while China has 65 screens per million and the US has 110 per million. He added that the market potential still allows for a bullish take on the growth of cinemas in India. According to him, the focus should be building cinema screens in Tier 2 and Tier 3 cities. He also expressed hope in the promising initiatives by the government to start cinema viewing experiences at bus stops and railway stations.

Touching on the subject of piracy, he remarked that box office revenue would be 5 times more of what it is now if it wasn’t for the threat of piracy. While studios like Sony have been watermarking digital prints and working with industry bodies like Motion Picture Association  (MPA) to create outreach and awareness activities, what will bring about real change is the awareness in the consumer’s mind that piracy is akin to stealing, he added.

In conclusion, Vivek said that studios and exhibitors need to utilise content and technology to create experiential opportunities for theatregoers – which is exciting considering the M&E industry is the best place for new, unique and innovative ideas.