In a world where assumptions drive perceptions and shape opinions, Sunil Lulla is a man who presents every claim and supports it with data. A large assumption in today’s mobile-led era would be that traditional broadcast television is seeing a downturn. Sunil Lulla, the CEO of BARC India, in our conversation addresses this assumption and shows that in fact, the industry is still growing.

Sunil sees television to see growth over the next 10 years and is bullish on it’s role as a content medium for demographics across regions, languages and ages. The robust growth of TV has continued in the last year and advertising has also seen a growth.

Not to say, that the industry has no challenges and what mobiles change in the market is taking the screen from the household to the individual making it more accessible for the individual viewer. 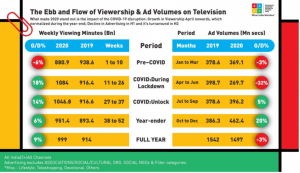 With regards to neutrality, Sunil talks about BARC’s role in neutrality with regards to reporting and a level playing field with a neutral measurement platform between digital and television.

With regards to policy, Sunil mentions how the government creates policy keeping the consumer in mind. He also feels the broad and open policy by the government still allows for freedom of speech from a policy perspective.

With regards to the future for broadcasting, Mr.Lulla feels that global sports, especially the Olympics will be a huge event on a global scale which will fuel viewership this year. Globally, he feels, television and digital will see huge growth. On local shores, the low subscription rates for television make it more competitive and accessible with regards to television viewership.

With his unique role in BARC, Sunil has interesting insights on Indian viewership and what we watch.

And while a large number of new television channels are being launched, Doordarshan still saw a huge surge last year, almost 69%. 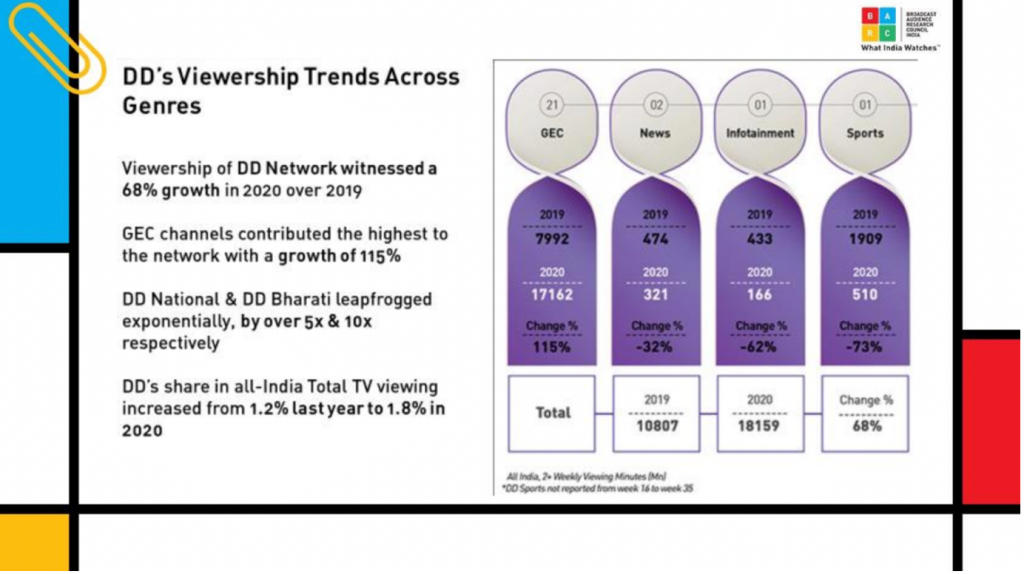 For more insights on the matter, view our video interview with Mr.Lulla.